The Telstra judging panel noted that Jaramer Legal’s passion, dedication and hard work in raising the next generation of Indigenous lawyers and supporting Aboriginal/Torres Strait Island communities stood out among the 239 finalists.

Jaramer Legal will draw upon support from Norton Rose Fulbright to provide culturally sensitive and high quality legal services to government and corporate organisations, including in the procurement and execution of Australian projects and other business ventures.

The legal services Jaramer Legal will provide will also be intrinsically linked to improved economic outcomes for Indigenous peoples under the federal government’s ‘Closing the Gap Policy’ and similar initiatives. Through that framework, and the government’s ‘Developing Northern Australia’ initiative, Jaramer Legal will also focus on working with Indigenous businesses and communities to drive positive economic outcomes through the development of their lands.

Jaramer Legal will be uniquely placed to assist both government departments and agencies and private companies with their responses to Indigenous Procurement Policies (IPP) across federal, state and territory governments.

The principals of Jaramer Legal are Bevan Mailman and Brian Bero (from Mailman Law). Bevan began his legal career through Norton Rose Fulbright’s Indigenous cadetships program in the early 2000s. In addition, Jaramer Legal’s board will include Kristal Kinsela (management consultant and 2017 NSW Aboriginal Woman of the Year) and three senior Norton Rose Fulbright partners: Peter Cash, Michael Greene and Rebecca Hoare.  Norton Rose Fulbright will have a minority interest in the new firm, and will provide support in the form of capital, premises and lawyers on secondment.

“Jaramer Legal is an exciting new development for our firm, its clients, and for Indigenous businesses and communities in Australia. We believe this unique joint venture will provide an excellent platform to deliver on our commitment to helping to build strong and sustainable Australian businesses and improving economic outcomes for Indigenous peoples, as well as employment opportunities for Indigenous commercial lawyers. We couldn’t be happier that Bevan, Brian and Kristal are collaborating with us to build this important new firm.

“I would also like to thank my colleagues Peter Cash, Michael Greene and Rebecca Hoare for their considerable work in getting this new business established.”

“It is fantastic to be able to return to work with colleagues at Norton Rose Fulbright on such an important initiative, which will bring real benefits to the Indigenous communities in Australia. Jaramer Legal will fill an important gap in the market for delivering multi-faceted advice to organisations involved in Indigenous procurement and exciting new projects in Australia. As the firm grows, it will also bring much-needed employment and career development opportunities for Indigenous lawyers.”

“I’ve always enjoyed working as a commercial lawyer – it’s a challenging and satisfying career that can also be quite rewarding. However, Aboriginal and Torres Strait Islander peoples are not well represented as lawyers in the commercial law space.

“The time is right to establish such a unique JV to provide greater representation and empower ourselves as Indigenous Australians to have greater influence in the legal and political landscapes as well as taking a meaningful part in the development of wealth for our nation.”

Jaramer Legal will commence shortly once final arrangements are settled. 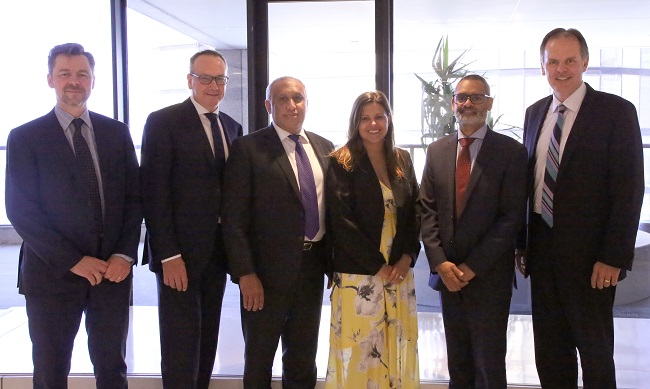 The term “Jaramer” is taken from the languages of the Bidjara people (Aboriginal) and the Meriam people (Torres Strait Islanders). Its contemporary meaning is “One Mountain” and is a symbol of Aboriginal and Torres Strait Islander people coming together to empower themselves: Jara + Mer together. Bidjara people are Bevan Mailman’s people and Meriam are Brian Bero’s people – the two principal lawyers of Jaramer Legal.